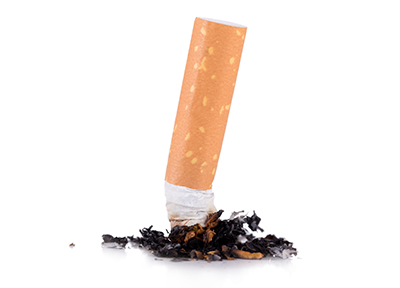 Hypnotherapists help many smokers achieve their goal of quitting on a regular basis.

It is well known area of our work and the results we produce are quite astounding – that is why so many ex-smokers send their friends and family members to us.

Deciding to become a smoker is not a decision that most people make logically. It is an emotional decision taken at a subconscious level.  Therefore, any decision to stop needs to be taken at the same level.

Quite simply this is why hypnosis is such a successful way to give up smoking cigarettes.  Many people considering stopping smoking feel that their true choice is being taken away from them.  The secret of hypnotherapy is that it gets people to use their imagination to create a non-smoking future.  This is often very positive and empowering.  Studies have shown quite clearly that hypnosis is three times more effective than nicotine replacement therapy.

The Benefits of Stopping Smoking

The benefits to health start immediately.

Within the first twenty four hours

Within the first three days

The first three days are always the hardest when trying to stop smoking.

It is during this time that nicotine – the addictive element in cigarettes – is being cleared from the body.

As the levels drop, the body is starved of its addictive substance and withdrawal symptoms begin.

Not forgetting the long term financial benefits, the most powerful tool of all is motivation

In stopping smoking there is hope of a better future and longer life.